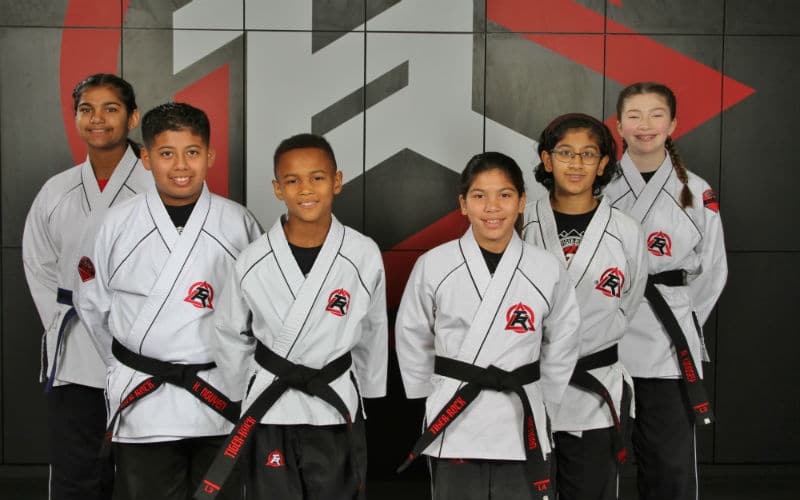 Jump Back on the Mat

Jump back on the mat at Tiger-Rock Martial Arts with our new Fall schedule that has been in effect since August 1st. Back to school enrollment also began when Hutto ISD reopened, which was on August 11th.

Students can now choose to train on the mat or virtually at home via Zoom! The following guidelines are for the safety of everyone practicing martial arts here at Tiger-Rock Martial Arts:

The earliest records of Tae Kwon Do practice dates back to about 50 B.C. During this time period, Korea was split into three kingdoms, which were Silla, Koguryo, and Paekche. Taekkyon, also named Subak, is considered one of the earliest known forms of Tae kwon do. Paintings from this era have been found on the ceiling of Muyong-Chong, which is a royal tomb from the Koguryo dynasty. Additionally, the illustrations present unarmed individuals using techniques that are very similar to those used today in practice.

Even though Tae kwon do first appeared in the Koguryo kingdom, Silla’s Hwarang warriors are credited for the growth and spread of the practice throughout the country. Silla was the smallest of the three kingdoms and was constantly under attack due to frequent attacks by Japanese pirates. Silla received word from King Gwanggaeto and his militia from the Koguryo kingdom to drive out the pirates.

At this time, a few Sillan warriors were selected to train in Taekkyon by the early masters of Tae kwon do. Once the warrior came into true form as a practitioner of the art, they became known as Hwarang. The Hwarang warriors set up a militia academy for what they called the sons of royalty. In Silla, they identified this as Hwarang-do, which is the flowering of manhood.

The warriors studied Taekkyon, history, Confucian philosophy, ethics, Buddhist morality, and military tactics. The principles that they were indoctrinated with was loyalty, filial duty, trustworthiness, valor, and justice. Therefore, the foundation of the Hwarang-do education stemmed from the Five Codes of Human Conduct authored by a Buddhist scholar, including elemental education, social skills, and the study of Taekkyon.

The traditional Five Codes of Human Conduct are parallel to the Eleven Commandments of contemporary Tae Kwon Do which are the following:

Additionally, if you are located in Hutto, TX, or any other location in the greater Austin area, be sure to give us a call at (512) 846-1112 or visit our Tiger-Rock Martial Arts website to read more about the benefits of taekwondo and the services that we offer.