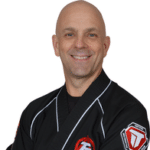 Mr. Hatchett began TaeKwonDo in 2002 in Pflugerville, Texas where he received training under the direction of Mr. Aaron Tuck earning his first Black Belt in 2003 under Senior Master Richard Johnson. Mr. Hatchett has attended classes at various schools in central Texas as well as schools in California, Ohio, and South Carolina. He attends local and national tournaments, seminars, and training classes. He began teaching in 2004 and earned Certified Instructor in 2005.

Mr. Hatchett stays active through TaeKwonDo as well as Yoga, swimming, and bicycling regularly with his brother and friends. 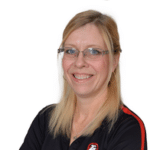 Phone: 512-846-1112
Email: karen_hatchett@tigerrockhutto.com
Mrs. Hatchett runs everything and is the back bone of the academy. 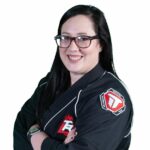 Maci Mathews began her formal training at 2 years old in 1994 and reached her first Black Belt by the age of 7 years old. With 25 years of training under her belt she has been influenced by her father as well as instructor 8th Degree Grandmaster Wayne Mathews and many other instructors all over the country. Maci has held many #1 spots in Tiger-Rock Martial Arts in forms as well as sparring over her many years of training. She is passionate about not only training but transforming the lives of as many others as possible. She tries to leave places better than they were before and loves to get to know people. Her motto is “Be the change you want to see in the world!” – Gandhi. 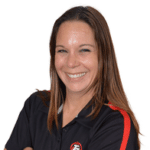 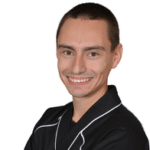 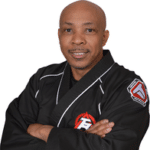 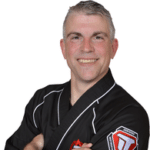 Start an incredible journey with Tiger-Rock Martial Arts of Hutto

Tiger-Rock’s martial arts academy in Hutto, TX has taken the martial arts experience to another level. Our programs focus on increasing fitness, artistic precision, and self-empowerment.